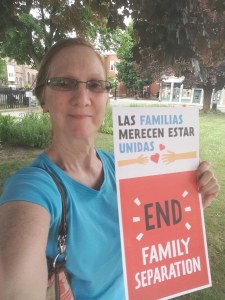 Let’s Go Back To Sane Governance!

The numbers were coming in for voting and the Democrats were winning big. We were going to be okay. There would be a lot of damage to undo or repair, but we weren’t succumbing to dictatorship. The worst elements among us were shown the door. You want a theocracy? Why don’t you move to Saudi Arabia, or any of the desert nations that control their populations under the only version of belief allowed. What if your religion is banned? You think dictators have it right? Move to your beloved Russia where they routinely kill, poison, or maim those who disagree with the party line. What if YOU were against their policies and practices? Better get a food taster, or keep your opinions to yourself…

We can co-exist, and it will be an uneasy alliance, but it will work because while we don’t all get all of what we want, we will get most of what we need. We will shore up our Constitution, and follow it. We can be a better version of Democracy, or we can vanish with something you will not want in its place, but it will be too late to do anything about it then, so I hope it’s to your liking – and that you’ll remember you did it to yourself. To those of good will: Vote Democrats, all the way!